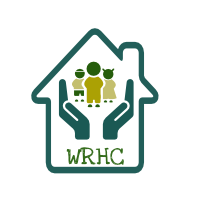 The creation of Rental Housing Co-operatives in Victoria

A little over 30 years ago a group of housing activists associated with Shelter Victoria (an organisation involved with broad public housing issues) proposed a different form of housing.  Their early vision was the first step towards the creation of Rental Housing Co-operatives, conceived as a way of addressing the needs and difficulties experienced by low- and moderate-income families: their exclusion from home ownership, high rents, and the lack of private rental properties, in addition to the long waiting period for public housing.  These activists believed that Rental Housing Co-operatives could give families control over their future, without the burden of the high costs associated with home ownership.  This housing model can be best described as midway between home ownership and renting, and has been applied in many countries where rental co-operative members number in their many thousands.

The first rental housing co-operative in Victoria was established in Fitzroy, Collingwood in 1977. However, its Board of Management consisted of professional members only, whereas the Shelter activists intended the members to have control over their housing.  Together with the Labour Government they began to plan a new model promising full tenant responsibility for the management of the rental co-operative, without restrictions by the Ministry or the need for professional representation on the Board of Management. An evaluation of the Fitzroy Collingwood Co-operative produced a favourable report, finding a high level of tenant satisfaction, and cost efficiency equal to the more conventional Ministry of Housing Estates.

The early years of the Williamstown Rental Housing Co-operative

The Williamstown Rental Housing Cooperative (WRHC) became a legally registered body in September 1982.  The first tenants were selected by an Interim Committee consisting of former mayor and local council politician Geraldine Schutt, Richard Cloverdale, and Irena Davis, the co-operatives first Housing Worker.  As soon as the first 11 families had been selected, most of the interim committee members withdrew from active involvement, leaving the tenant members to develop the rental housing co-operative into a working project.  General Meetings were held fortnightly, alternating between day and evening times for the convenience of members and to encourage full attendance.  The Interim Committee continued to receive minutes from the general meetings, and acted as a resource and support group should the co-operative require their assistance.

The early months were particularly busy setting up the first committees, including Finance and Administration, the Maintenance Committee to look after ongoing house maintenance, the Tenant Selection Committee, and the House Buying Committee, which spent many hours looking at properties and submitting a long list of suitable properties to the Department, with too few falling within the price range. Although the local real estate agents were both helpful and supportive, the co-operative was eventually priced out of Williamstown.

In the early years the Co-operative carried out 6-monthly inspections to address a very long list of work required on its housing stock. A tool library was set up for the use of all tenants, containing a mower and other tools for the garden and small jobs around the home. Co-op members worked hard to manage the co-op and gain essential skills, attending maintenance courses, committee meetings, housing conferences, and many training sessions to learn about meeting procedures, collective management and negotiation. New tenants arrived, and WRHC grew from 11 to 36 houses across the municipality of Hobson’s Bay.

In 2006 the Office of Housing adopted a new regulatory framework, requiring community housing providers to develop a professional managerial structure and become Registered Housing Providers. As a result, the responsibility of governance now falls on an elected Board of Directors who must manage the operations of the co-op according to government legislation. Nevertheless, WRHC remains a tenant-managed organisation, with all major decisions and policies discussed and voted on by the membership.